It all started with Popeye’s introducing a new chicken sandwich. It consists of some chicken on brioche, with pickles and mayo. That’s it. This was way back, a little more than two weeks or on Aug. 12.

Chick-fil-A tweets out a simple, harmless tweet that lays claim to being the first with the sandwich, not even mentioning Popeye’s.

And the gauntlet was thrown down.

Some tweeted that they now could get a great chicken sandwich without supporting Chick-fil-A’s politics. Others made racial slurs about the target audiences. And even celebrities jumped into the fray.

And now, not even three weeks later, Popeye’s has just announced that, while the purchased enough to supply stores with sandwiches through September, they are official sold out of the new sandwich. Which in turn is causing even more publicity?

Londre asks “Was this all planned?”  Some was. Most wasn’t.  Add the “planned” scarcity and publicity and sometimes you can strike gold.  There’s a concept of “scarcity marketing,” which is a technique or principle that “People (one of the nine P’s) may want what is difficult to obtain. If an event is SRO (standing room only) don’t “people” want to get in?

Apex Marketing Group, a consulting firm in Michigan, has released a report estimating that Popeye’s received $23.25 million in free advertising as a result. Popeye’s ad agency, GSD&M, which also oversees social media for the chain, is clucking with happiness.

Will it have staying power? Time will tell.

Sounds like a victory for Popeye’s. And maybe a taste test for the 2 Guys On Marketing…when the sandwiches are back in stores!

For the 2 Guyz, smart Marketing moves, and it’s a chicken sandwich which has legs, sales and publicity.

Revisiting Place (From the 9 P’s of Marketing) 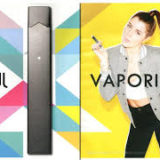