There’s a rise in vaping among teens.

Is that evidence that Juul is marketing to kids? Not yet. But it is evidence of something.

Now the Federal Trade Commission (FTC) is investigating the Marketing practices of Juul.

To The 2 Guyz, Juul is confusing people with their messaging and PR.

To us, Marketing is more than promotion.  We teach and consult that Marketing has many components including targeting (or people), product, place, presentation, partners, and promotion (see Londre’s 9P’s of Marketing).

Test marketing is a test of one or more of the 9P’s of Marketing. It shows intent, thinking, and possible strategic direction.

Specifically, the FTC is investigating whether the e-cigarette firm Juul Labs used media influencers and other marketing and promotional activities to appeal to minors.

Juul is saying it’s not a big deal.

“Really?” says Londre of The 2 Guyz. Their own words add up to marketing and promotional practices, with sales being one of the ultimate determinants of marketing success. There are sales to teens. Teens are using.

By Juul’s own words they said “test marketing and promotion.” A pilot or test is formal.  They used ten former smokers to “sell and promote.”  It is a marketing test. They were conducting formal and strategic sales. Based on the experiences of these two marketing professionals and teachers, this shows intent.

Juul says it has never marketed to youth and that its products are intended for adult cigarette smokers. But teens are buying and using.

Okay, let’s look at some visual evidence. What do you think of this marketing material…is it targeting senior middle-aged or senior citizens? We think not.

Juul is using mass media to sell the product.  Teens are on the street and in cars and the message is getting out there. 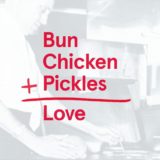