Reported this week in the Wall Street Journal, Sea World had strong revenue in the second quarter, after years of poor results. Many have suggested attendance and revenue have tanked after the movie “Blackfish,” which reported many animal treatment issues.

One of the reasons given by Sea World’s CEO for the recent increase in attendance and revenue? Beer sampling.  Sea World brought back “free beer” in summer promotions.

Let’s go back forty plus years. After college at USC, Larry remembers going to Busch Gardens in the San Fernando Valley. Brian was a bit younger, but remembers trips to the brewery.

Bus Gardens was a cheap date. The admission was under $2, each.

You couldn’t consume “all of the beer” offered. Visitors of drinking age could be offered two 10 oz. glasses of beer at each of the five pavilions. Unbelievable, but those were the times.  Larry remember just watching the patrons. We would now call it “Marketing” research. Brian remembers walking around with dad “sampling” from the Michelob Garden, or the Busch Garden.

It would never happen, now.

Thank God and Mothers (and others) Against Drinking and Driving.

So basically,  tt was rides, entertainment and almost free beer.

One more point: I started teaching business classes in 1975 and remember teaching that Anheuser Busch and Busch Gardens had “free beer” for its brewery’s employees. Could you see that now?

After an employee accident involving a pedestrian the free beer for employees ended in early May, 1986. But wait, there’s more.

The beer employee union negotiated for each employee, two free cases a month. Brian remembers going to  a friends birthday and having a “very special” Bock beer from the brewery in the 1990s. Turns our his friend had an uncle who still worked at the brewery, and donated his two cases to the party.

How times have changed, but ‘free” beer is still around for potential customers and to help build revenue. 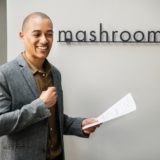 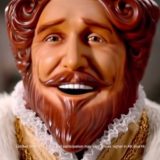