“M” for Marketing, the “stuff” that makes business happen!

So we’re going back and forth about whether or not the word “marketing” should be capitalized or not in our blog posts.

Larry said yes. I said no.

Larry likes it that way. Brian lives by the AP Stylebook, and it would say “no”.

Webster’s tells us it’s a noun, “The process or technique of promoting, selling, and distributing a product or service.”

Yet “to market” is a verb. Dictionary.com defines it as, “to carry or send to market for disposal.”

But does capitalizing it make it more important? Or maybe the better question is, should it?

This blog doesn’t devote tons of space to history, but a little is worthwhile.

Marketing really emerged as a term (and recognized practice) a while back as the promoting, pricing, partnering and distributing and “placing” a product. These became the classic “4 Ps” of the marketing mix.

The original meaning of the term “marketing” or “to market” is to sell and to buy. Sellers sell and potential consumers may purchase. Think of your local Farmer’s markets. That’s true marketing. To buy or to sell in a market, according to the Oxford English Dictionary, may go back to 1561.

The more modern definition goes to pricing, promoting, developing and placing product and services in the marketplace. In Harper’s magazine in 1884 you would find: “The marketing of supplies (product and services) was the beginning … of its prosperity.”

As cavemen evolved, and our hunting societies became agrarian, supply of goods and services began to surpass demand, and society moved to centralized markets. The need to “market” became more necessary, and more urgent to the sellers. We put up signs, shouted out our prices, and did whatever it took to sell our goods and services.

During the last century we saw the rise of the advertising agency giants, with names like Burnett, Bernbach, Ogilvy, and Thompson, command the respect of corporate America. They ushered in an era that demanded marketing objectives, strategies and tactics in modern businesses. The grew first out of the “scientific” era of advertising, then the “creative era”.

By the 1960s and early 1970s, as the “Mad Men” era waned and these names began to recede, marketing efforts began to shift from the agency side to client side, and marketing departments sprang up in corporate American.

So, with a little argument, but ultimately agreement, the 2 Guyz On Marketing have placed our flag in the ground. When we speak of “marketing,” the process of everything that happens to get products from producer to consumer or user, the very lifeblood of business, we will capitalize the “M”.

We declare that Marketing is no longer the bastard stepchild of business, strategy, or advertising. It is the master of its own domain. It is the ruler of its own roost.

Revisiting Partners (from the 9 P’s of Marketing)

Revisiting People (From The 9 P’s of Marketing)

Revisiting Presentation (From the 9 P’s of Marketing) 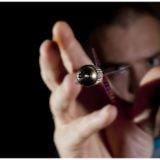 What is Marketing? Part 2 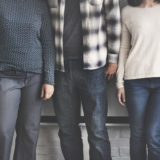 The People “P” of Marketing