The 2 Guyz On Marketing teach that we live in a celebrity-crazed culture. Londre recently found an ad for the Centers for Disease Control using deceased Leonard Nimoy, best know for his role as Spock on the original Star Trek television series, a smoker who promoted cigarette smoking. Nimoy died in 2015.

His daughter and son-in-law gave their permission to use the likeness of Nimoy to educate people about the harmful effects of smoking/.

But the 2 Guyz have some questions for any brand manager:

Long-term studies show celebrities can add awareness and potentially marketshare to a brand’s sales, but brands must carefuly measure the cost versus the increase in sales. Long-term studies have shown increases tend to be smaller than may might think, often in the low single digits of sales increases.

What do you think? 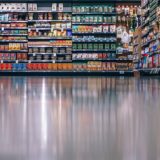 Revisiting Presentation (From the 9 P’s of Marketing) 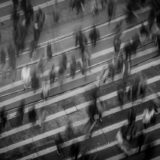 Revisiting People (From The 9 P’s of Marketing)