Our original title was “2 White Guyz on Marketing Comment on P&G’s “The Talk.” Until Larry changed it. We tell you that for the sake of transparency. Brian felt that we, the 2 Guyz On Marketing, may be a part of the target market of this ad campaign from Proctor and Gamble. Larry did not agree. He feels if we were female we may might be. Moving on.

So we decided to tackle this one. We want to approach this as we always approach advertising and marketing, from the standpoint of commentary and criticism…NOT politics. And as any readers of our blog, or students in our university classes will attest to, we always start with asking, “Who is the target audience?”

At first blush, one might think this new campaign from Proctor and Gamble is targeting African Americans. A quick Google search or YouTube search finds a lot of African Americans talking and posting about it. Unfortunately you will also find some pretty racist whites commenting, too. We think most of the latter posts are for shock value, but not quality conversations.

This commercial (click here to see it) is titled and speaks of “The Talk.” It is from their “My Black Is Beautiful” campaign. This is not the talk we often refer to, the sex talk, or the “drinking and drugs“ talk, or any of many other generic talks. This is one specific to the African American community, the talk of parents to their children about racism.

In this case, it appears to Brian that P& G is targeting people like the 2 Guyz On Marketing. We’re white, middle class, middle aged guys. And we’re pretty average (which is a big asset when you are in marketing!). The My Black Is Beautiful campaign, originating back in 2007, is designed to “is to ignite and support a sustained national conversation by, for and about black women.” Brian feels this ad makes the audience  for this “national conversation” bigger than just black women.

Now, the next question 2 Guyz On Marketing ask when critiquing an ad: What is the goal of the ad?

Usually the answer to that questions is to sell more stuff. With P&G, one would think they want to sell soap and shampoos. But not so much in this ad. It appears they are asking us to think. In fact, it looks like they are saying, “Hey you, average American consumer, did you know this happens, and if so, isn’t it worth doing something about?”

They didn’t say for African American parents to have the talk. Or not to have the “talk.” Rather the commercial tells us, the talk used to happen, and it still is.

The commercial delicately talks about the issue without really saying a lot of the actual words used in these conversations. But any person with an average intelligence or more knows exactly what they are talking about, within seconds of this ad’s opening. The use of imagery, particularly the expressions on both parents and children’s faces is powerful.

BRIAN COMMENT – I found this ad thought provoking. As a parent, I am constantly wondering what talks I should have with my teenage daughter, and wondering if in the talks I’ve had I said the right thing. But I have never had “this” talk. I haven’t needed to, because we are white. My feelings of sympathy turned to empathy, as I put myself in the shoes of the characters in the commercial. I wished they didn’t have to have that talk. But they did. It was painful to think about, as a parent. But important.

In a video commentary posted on YouTube by D.L. Hughely, (https://www.youtube.com/watch?v=Jf3-jXWIDKo) he brings up the topic of reverse discrimination. It turns our some people’s response to this is to counter with, “Well, we’re being discriminated, too.” D.L. points out, this is not about that. We agree. This is subject “average America” needs to take on the chin, head on, without flinching.

Is racism a big deal? A product of the 60s, the 2 Guyz On Marketing would say we thought we made great strides in fighting racism back then. But anyone scanning headlines doesn’t have to look far to see it. Black Lives Matter and Colin Kaepernick, to name just a few, have dominated the news scene for some time.

So, again, keeping to marketing, what did P&G get out of producing and airing this campaign? Are they selling more stuff? Will they sell more? Could they possibly sell less, as a result of backlash? Yes, it’s possible.

Marriott chose to talk about birth defects and support the March of Dimes in its advertising. Famous Amos took on illiteracy. Shell stood on the soap box of the environment. Pedigree talks of disadvantaged pets.

Well, P&G just upped the ante. To carry the metaphor further, while maybe not “all in”, they certainly put a lot of chips on the marketing table.

Will this pay off? Maybe, maybe not, at least in sales. But was that really the goal? Maybe this will be catalyst for a future generation not having to have “The Talk.”

LARRY COMMENT:  I don’t feel Brian is totally right. I feel that P&G is trying to have a dialogue with African Americans to ultimately sell product or their different products, like soaps, razors, shampoos and diapers. To African Americans.

Racism and police issues are tough topics to use in marketing. Do “people” or the buyers of products and services, under the 9P’s of Marketing, want a lecture or a sermon? Probably not. Or do they want the product, at the right price, with the right ingredients, where they want to buy it? That’s marketing.

In some ways this P&G campaign reminds me of the marketing fiasco that Starbucks created for themselves with “Shall we overcome?” #racetogether in spring 2015.

Starbucks’ headline was “Shall we overcome?” in newspapers. It was a full-page ad, to start the dialogue. It didn’t go well. And the news media went nuts. They wanted to know what the CEO was thinking.

Created by their famous CEO Howard Schultz, the Starbucks ad was part of a campaign that urged Starbucks baristas to talk openly with customers about race. Starbucks probably sold less coffee during this promotion. It definitely slowed things down.

It made customers and the baristas uncomfortable. It was awkward and it didn’t go well. It was reported that Starbucks communications VP was so uncomfortable about the race “conversation” he deactivated his Twitter account.

What will happen with P&G’s campaign? The goal wasn’t to be controversial or was it?

Note: 2 Guyz On Marketing will plan to revisit this campaign in the future to see what measurable effects it has. 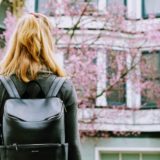 Going “Back To School”… M-School