Your marketing team or agency comes up with a promotion.

It’s designed to bring bodies in the door. You discount your price, an appeal to get people to act now. And it works. In fact, the promotion is hugely successful. So much so, that it becomes a PR nightmare.

That was the case last week with Build-A-Bear.

Their promotion, if you haven’t heard, was “Pay Your Age”. And at that the price was capped at $29. (Bears typically run $35-50 at the design-your-own retail chain found around the country.)

Mind you, big companies shouldn’t try to fix things on their own. Crisis Management PR experts are paid very well to help companies get “ahead” of the news. Sometimes they are successful. Sometimes not.

But what are some of the basics we can learn from a promotion-gone-wrong like this?

Lesson #1 – Better forecast best AND worst case scenarios. For example, when you are discounting a product significantly, you have to plan for selling out. It may not happen, in fact it more often than not doesn’t happen, but what if it does?

Lesson #2 – Contingency plans. If your product sells out, what next? Rain checks, vouchers, future discounts? To Build-A-Bear’s credit, they did respond with vouchers and future discounts. Build-A-Bear used “Price,” but discounted too much without the operations to execute (see Londre’s 9 P’s of Marketing).

Lesson #3 – Mea culpa when necessary. Americans are much quicker to forgive you when you apologize for mistakes. Wells Fargo is deep into a “we’re sorry” campaign right now. And to Build-A-Bear CEO’s Sharon Price John’s credit, she hit national media within 24 hours to apologize.

Lesson #4 – Make the wrong into a right. When problems arise, you will probably have to work doubly hard to regain trust. Do it. Do the hard work. Then work especially hard not to lose trust again. You can sometimes earn it back once. Rarely can you earn it back twice.

Lesson #5 – Marketing is about a lot of things, not the least of which is character. Parents who brought their kids were disappointed. Many of the kids were in tears. Showing character by apologizing, making wrongs into rights, and moving forward shows good character. It’s earned, and big part of building a successful long-term brand.

CEO Sharon Price John has customers to worry about, but also employees, mall partners, investors, shareholders, partners, and others. Time and sales will be the judge if she and Build-A-Bear recover.

Ironically, stock prices for Build-A-Bear are up 10% on the week. Go figure. 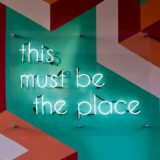 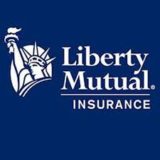