As an owner, operator, supervisor, marketing executive, manager or employee, can your customers, clients or users tell the difference between your product or service and your competition?

Do you have strategic and significant difference? A U.S.P., unique selling proposition?

Every brand should have a story to tell whether they are in the Super Bowl or not.

Are you telling the right story? Is your brand and story reaching the right people, your customers, and your potential purchasers?

Here are the insights from The 2 Guyz On Marketing.

The 2 Guyz teach and consult that the right Marketing belief or practice is not merely an idea the mind possesses; it is an idea that possesses the minds of each individual employee in trying to satisfy the consumer and in the advertising of the company.

As Management guru Peter F. Drucker once said: “The aim of Marketing is to know and understand the customer so well that the product or service fits him (her/it) and sells itself.  This is one of the reasons the Nine P’s of marketing were created. “People” or targeting was somewhat forgotten in the traditional 4 P’s of the Marketing Mix, but is a major, significant part of the Nine P’s of Marketing. 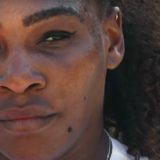