So what do you do when you a producing the Academy Awards one year after their biggest flub…ever? Get creative.

While your company may not have ever had a big a mistake as last year’s announcement of the wrong movie for best picture, you can’t really blame Faye Dunnaway or Warren Beatty.  It was really the accounting firm of PwC.  They gave the stars the wrong envelope.

How do you address it, overcome the awkwardenss? Want a bigger rating, share and buzz for the Oscar’s this weekend. Think “Promotion,” one of the nine P’s of marketing?

Here’s what ABC and the producers dreamed up.

Easy, they are bring back Dunaway and Beatty!

Confirmed. After last year’s best picture mix-up by Warren Beatty and Faye Dunaway, they will again present the final award this Sunday March 4th on ABC.

First reported by TMZ, the “Bonnie and Clyde” actors have already rehearsed at the Dolby Theater for this year’s Academy Awards.

What you are not hearing is that after the best picture fiasco of last year, the Academy of Motion Picture Arts and Sciences retained the services of accounting firm PwC for the 90th ceremony. Again.

PwC doesn’t like that association of the mistake, for sure.  They are in the business of accuracy.

The same PwC representatives will not be back. PwC will be on their toes being sure of everything and that everything goes right. 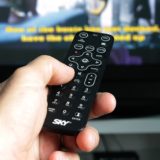 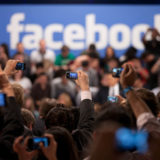