Is this still a smart thing? Here’s a public awareness message from  The Two Guyz On Marketing.

Doing away with Daylight Saving Time. It’s a thing.

The citizens of Florida are for it.  The lawmakers of Florida are rolling back the “fall back” and “spring forward” “daylight” saving program. They approved a bill to keep Daylight Saving Time  (DST) throughout the year in their state. They are calling it the “Sunshine Protection Act.”  Now just the governor needs to agree. It’s about safety.

Timing is everything they say.  This blog post is hitting at a great time, just before we turn our clocks back, er forward, or some way, again. It’s to encourage the state of California to look closely at this, just like Florida is doing.

Two Guyz Larry says it’s a safety thing. “It’s about safety. It never makes sense.  In the fall we make it darker and usually just around Halloween so the kids are in danger of cars driving in the dark.”

Two Guyz Brian thinks it’s worthy of exploring. “The original argument for DST was to give people more daylight hours after work. But with today’s flex schedules, telecommunting, etc., if you want more daylight, wake up earlier and end work earlier. In effect, that’s what DST requires us to do.”

Those around during the energy crises of the 70’s remember they told us DST would save more energy, but it is highly debated that any energy was saved. (Google “daylight saving time” and you’ll find nearly a million website hits.)

Then there’s the hassle of it. Changing clocks. Changing habits. More light in the evening, but less in the morning. Fall forward, Spring back, or vice versa? Doesn’t it just net out zero anyway?

Is it time for California to join the state of Florida, which will likely join Hawaii and most of Arizona? They are exempt from the Uniform Time Act of 1966.

We think it’s definintely worth looking at. And if enough of you do, too, it will require a significant marketing effort to pass the legislation.

A time whose time has passed? 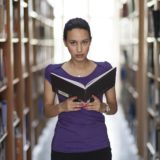 3 Things We Didn’t Learn In School About Marketing 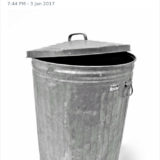