Targeting or “People,” under the Nine P’s Of Marketing may be more important than the copy in the tds.

The 2 Guyz are all over this. The advertising budget in question isn’t that large at all. At $100K it’s 2% of one Super Bowl spot.

Let’s look at the elements:

The 2 Guyz on Marketing know and teach that Facebook, the world’s largest social network, is in the process of giving the Russia-linked ads to special counsel, Robert Mueller and to Congress. Facebook stated that they would provide copies of the ads, plus to whom the ads were targeted. The 2 Guyz believe that is the most important part. Facebook will include ad cost data. Again the budget and media spending wasn’t hat much.

Under media planning and execution, these Facebook ads have reach. With $100K the ads would not have much frequency unless it was a very small target. Three thousand ads seem like a lot, but the budget is small. Where (geographic segmentation under “People,” in the 9P’s of marketing) will be important.

We want to know where and to whom they targeted the ads, which will help in the analysis! 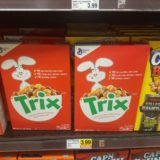 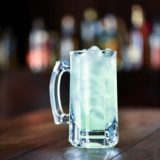