How will the :06 second commercial go over?

We’re writing this in August; will this be the summer of six second TV spots? Well, we hate to break the news but we already have them.

Will they make it from YouTube’s format to broadcast TV? The easy answer is, yes. They will be appearing on Fox during the “Teen Choice awards” on August 13.

The tougher question is “Will they work? I thought of Sergio Zyman, he communicated his purpose of Marketing was to sell more stuff to more people more often for more money in order to make more profit.

We’ll have viewers watching six-second spots in 29 second TV pods. The 2 Guyz will record them and discuss them in a future post.

The sixes will have a five second intro, telling kids to stand by, with the commercial back in less than :30 seconds. Not four seconds. So the four :06 spots and the intro will total a :29 second commercial pod.

Viewers may find it tough going to get a snack or take a bathroom break a second shorter. How will you ever schedule you TV breaks?  But think about the TV traffic person scheduling all of these shorter spots?

We like to pose marketing and advertising questions to teachers and faculty as much as the industry. This is a great topic for advertising classes this fall.

Why not :05 second spots? Will they work for marketing managers and brand managers whose responsibilities is to sell stuff?

Definitely a topic for discussion this fall. 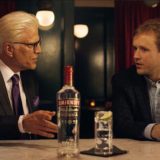 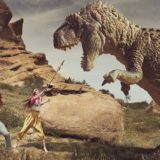